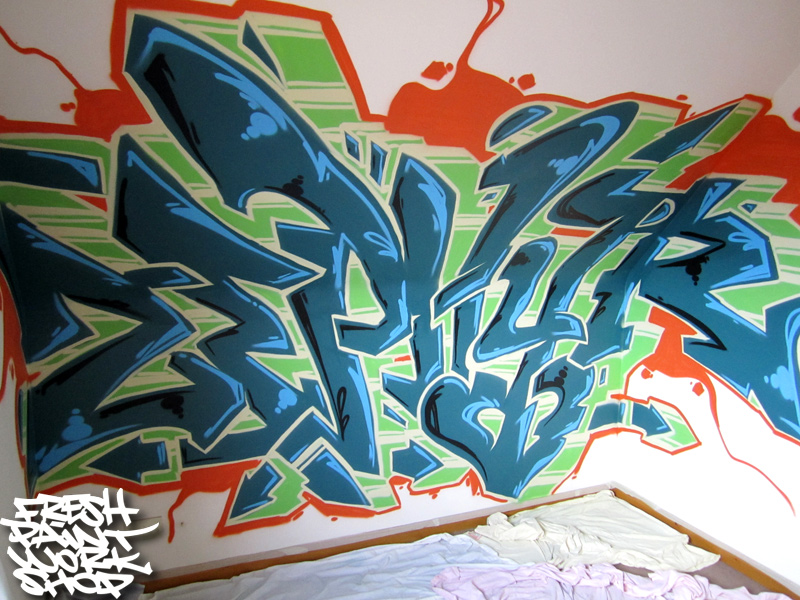 I headed down to Fraserburgh (near Aberdeen) this morning  to do some interior work in Zephyr’s bedroom, quite tricky wall to graff as it was like slanted and the main plan was to break up the angles.