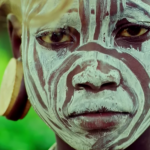 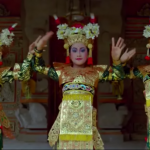 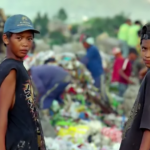 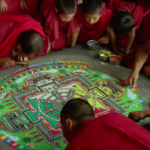 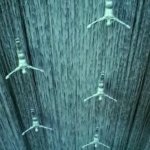 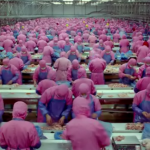 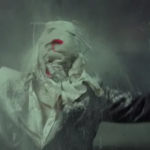 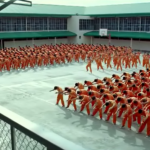 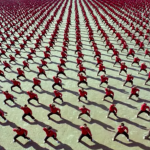 saṃsāra (Sanskrit: संसार; “flow”) — refers to the phenomenal world. Transmigratory existence, fraught with impermanence, change and cycle of reincarnation or rebirth.
The cycle of birth, death and rebirth; the total pattern of successive earthly lives experienced by atman (the Self).
According to the Vedas the atman is bound in a “cycle”, the cycle of life and death.
Endlessly the atman transcends from possessing one form to the next,this is the concept of saṃsāra (reincarnation).
So the logical inference is that the aim is to break free! Freedom. Freedom from every constraint, this is the aim of life, the aim of all the Hindu teachings.

In Hinduism, it is avidya, or ignorance, of one’s true Self, that leads to ego-consciousness of the body and the phenomenal world. This grounds one in kama (desire) and the perpetual chain of karma and reincarnation.
The state of illusion is known as Maya. The Upanishadic aspect thinks the world as illusion (maya); reality (Sat) was rather to be sought in the unchanging and unitary principle of the universe,
whether that is Rita (cosmic order, cosmic law), Brahman (Creator), or Atman (Cosmic Soul).
The material world, on the other hand, was a place fragmented and constantly changing; this continuously changing aspect of the universe came to be called samsara.
The Process of Samsara

The atman (inner Self) is immortal, while the body is subject to birth and death. The Bhagavad Gita states that:

The idea that the soul (of any living being – including animals, humans and plants) reincarnates is intricately linked to karma, another concept first introduced in the Upanishads.
Karma (literally: action) is the sum of one’s actions, and the force that determines one’s next reincarnation.
The cycle of death and rebirth, governed by karma, is referred to as samsara.

The atman goes on repeatedly being born and dying.
One is reborn on account of desire: a person desires to be born because he or she wants to enjoy worldly pleasures, which can be enjoyed only through a body.
Hinduism does not teach that all worldly pleasures are sinful, but it teaches that they can never bring deep, lasting happiness or ānanda (peace).
According to the Hindu sage Adi Sankaracharya — the world as we ordinarily understand it – is like a dream: fleeting and illusory.
To be trapped in Samsara is a result of ignorance of the true nature of being.

After many births, every person eventually becomes dissatisfied with the limited happiness that worldly pleasures can bring.
At this point, a person begins to seek higher forms of happiness, which can be attained only through spiritual experience.
When, after much sādhanā (spiritual practice), a person finally realizes his or her own divine nature—ie., realizes that the true “self” is the immortal soul rather than the body or the ego—all desires for the pleasures of the world will vanish,
since they will seem insipid compared to spiritual ānanda. When all desire has vanished, the person will not be reborn anymore.