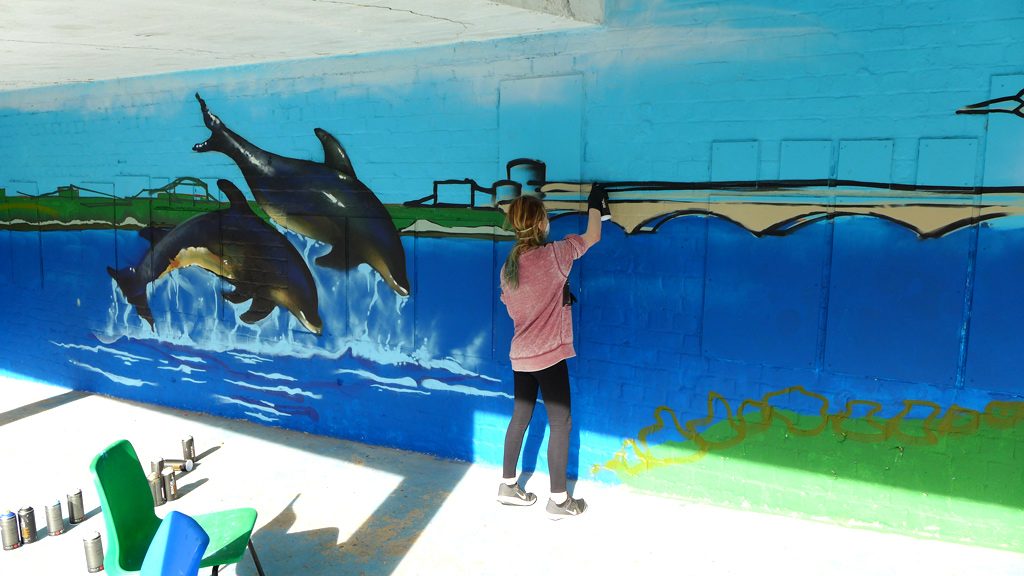 A colourful mural depicting the heritage and culture of a community as been pieced together by residents, artists,
pupils and community workers.
The bright artwork was created at Walker Road Primary School as part of VictoriArt Road, a project looking to regenerate Victoria Road.
Marc Delaye was chosen to create the mural and he picked the school playground as the site for the artwork.
To gain inspiration, he drafted in primary six and seven pupils, who also picked up paintbrushes to give the art a splash of colour.
Marc, an artist at mural firm Freshpaint, said: “It’s been a great collective project and everyonehas been so supportive and showed great dedication.”I felt so welcome within the school and the collaboration worked very well- I am very proud of what the kids have achieved.
“Many thanks to VictoriArt,thanks to the Throwup Gallery which funded the materials, and also a big thanks to everyone involved in the project for their support during the painting sessions”
Some of Torry’s best-known attributes are featured in the mural, including dolphins which regularly be seen from Torry Battery, the arched architecture of the Victoria Bridge, fishing boat, a seal and a heron-which are both commonly-spotted near the community.
Aberdeen City Council education operational deliver convener councillor John Wheeler said: The mural at Walker Road Primary looks stunning and really helps to brighten up the playground with images of things the children can all see in their local area.
The victoriArt Road project is a fantastic way of bringing people together and it will go from stengh to stenth, showcasing the historic community of Torry along with brightening up the area in a modern way”