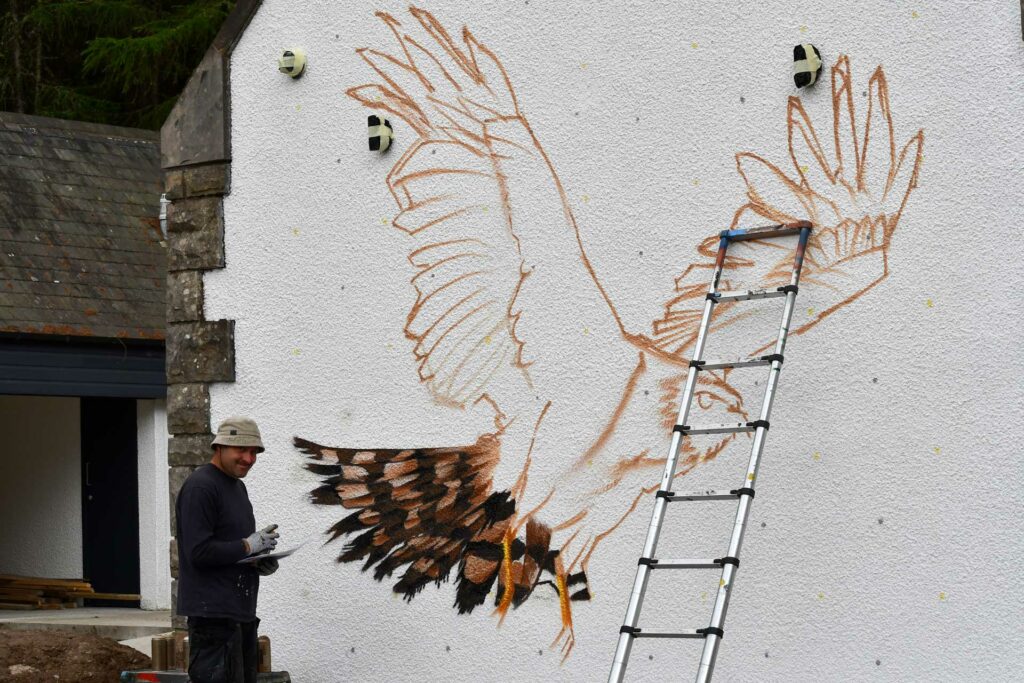 A STUNNING hen harrier mural will welcome visitors to the north, thanks to the efforts of a campaign group.

The volunteers behind the scheme, Hen Harrier Day, say it will not only raise awareness of the persecution of the bird of prey, but will also be a point of reference on Scotland’s longest road.

The mural at the North Gateway on the A9 just south of Inverness – formerly old Daviot Woods Tourist Information Office – comes ahead of a virtual Hen Harrier Day on August 8.
ADVERTISING

Andrea Goddard, from Hen Harrier Day in the Highlands, said she was delighted with the mural. She said: “The mural is called Flower of Scotland, and it is based on a hen harrier that was named Thistle who was tagged and lived in this area.”

The last transmission from Thistle, who was tagged on an estate in Easter Ross, was received on October 12 last year from another grouse moor in east Sutherland.

Ms Goddard continued: “The mural has been painted by Freshpaint in Inverness and we have been making a time lapse video of it being painted that will be shared with the viewers who join us on August 8.”

She explained that Hen Harrier Day was set up to celebrate and commemorate the plight of the hen harrier, one of the most persecuted raptors in the world.

“There are only 12 pairs of hen harriers left in England and around 250 pairs in Scotland, so the status quo is not an option,” she said. “These beautiful birds are at risk of extinction and they have been persecuted since Victorian times.

“The hen harrier nests on the ground and they are easy to spot and persecute. They have a reputation for taking grouse, which means that they are persecuted by those who run grouse shooting and that is why in some areas of Scotland their numbers are dangerously low.”

Details on the Hen Harrier Day on August 8 can be found on www.facebook.com/HHDUK. The day will include short films and presentations about the hen harrier.