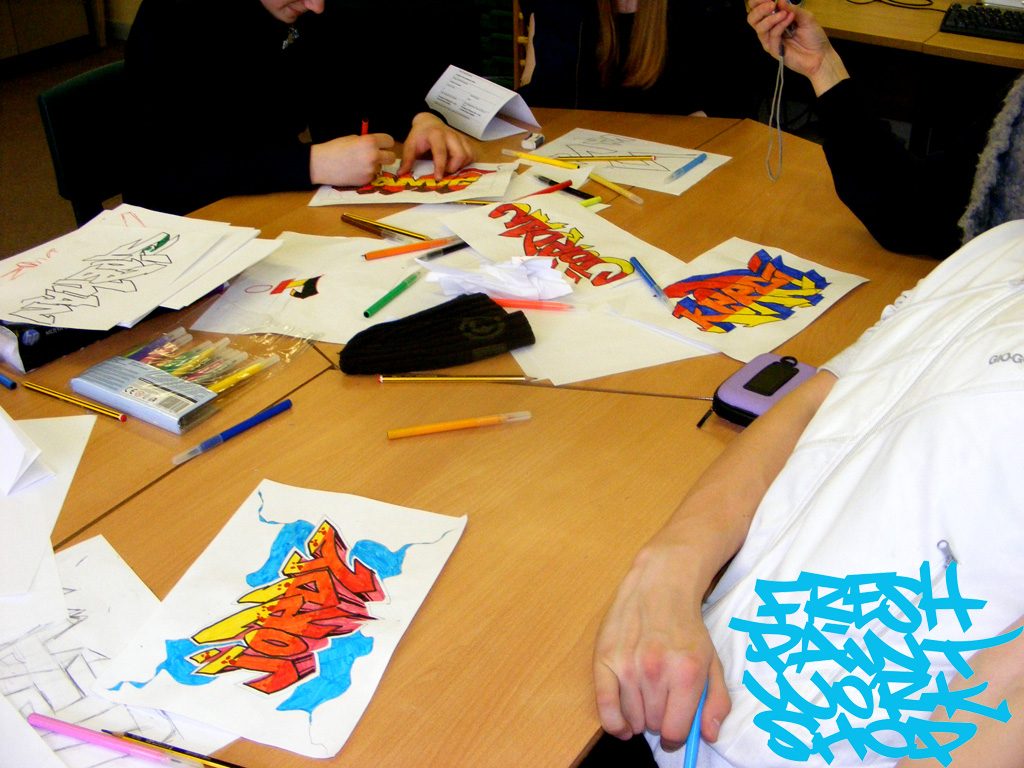 We organised a couple of workshops this week at the Inverness royal academy with some kids who had been excluded from their class, it’s interesting to see how motivated those challenging kids can be when put in a non- academic context.