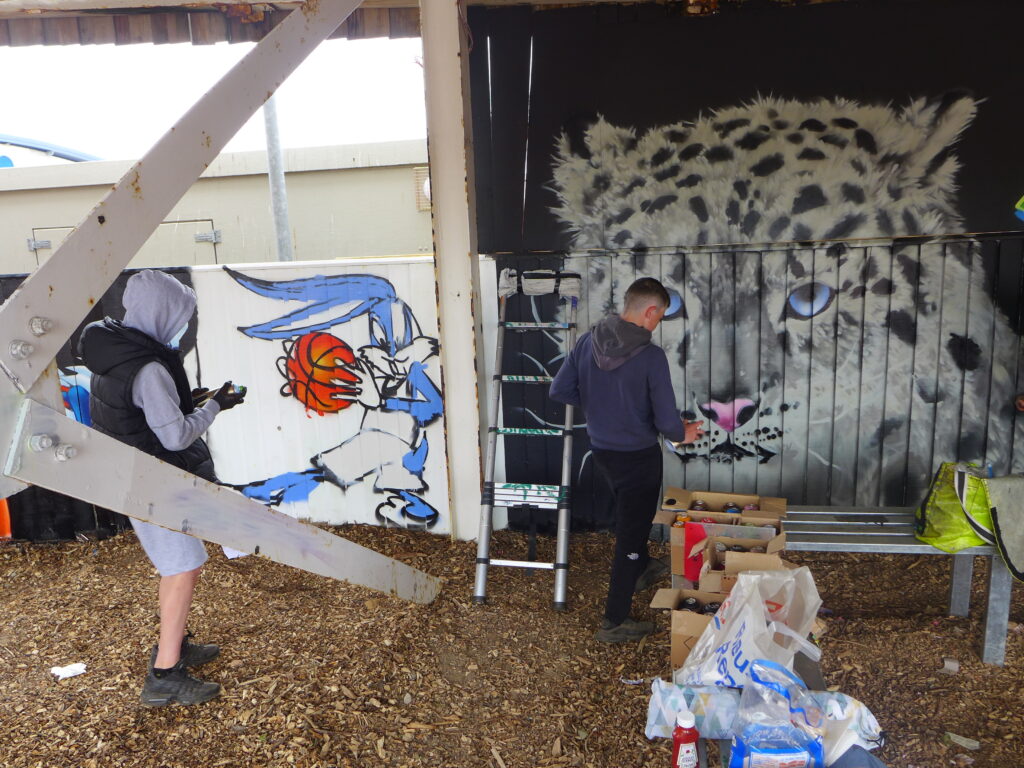 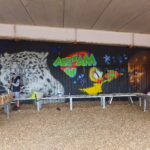 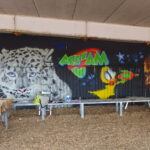 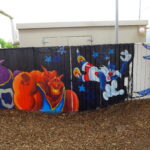 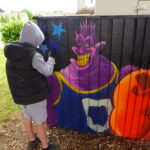 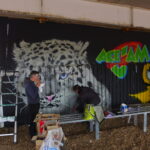 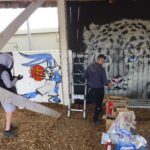 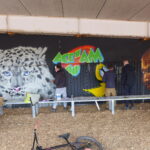 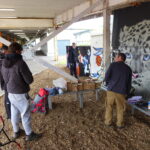 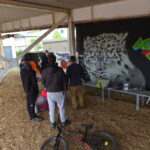 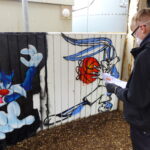 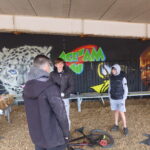 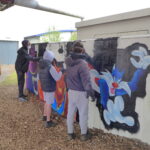 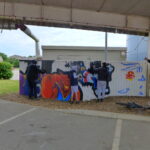 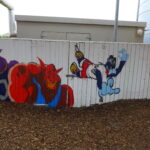 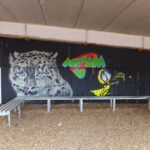 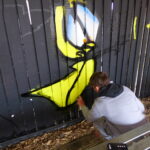 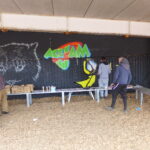 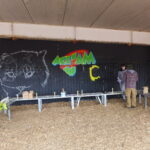 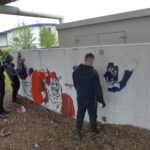 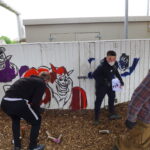 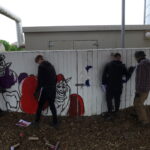 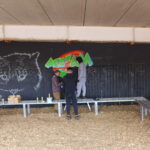 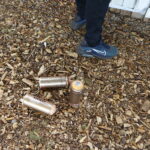 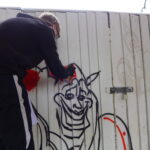 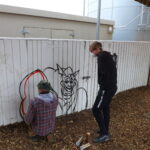 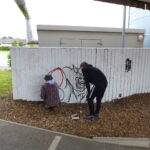 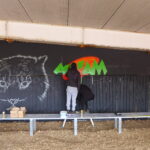 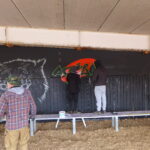 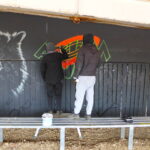 Article via the evening express

Created thanks to a partnership between Police Scotland, shop bosses and community organisations, the facility at Tesco in Summerhill has seen the number of incidents fall from more than 90 in December last year alone to four in the space of five months.

Store manager Stuart Neil, keen to do his bit to help youngsters at risk of following the wrong path, teamed up with community officers – and found many teens around Sheddocksley and Summerhill were simply in need of a safe place to go.

Following 18 months of work, and at a cost of around £14,000, the covered hub in the car park of Tesco on Rousay Drive opened earlier this year and is already having a profound effect.

Young people have access to WiFi, while sporting activities are offered by Aberdeen FC Community Trust and Streetsport, the flagship programme of Denis Law Legacy Trust.
Youth hub is ‘place kids can call their own’

Stuart previously said he was motivated to take action because of his own similar experiences as a teenager.

He added: “They just wanted a place they could call their own that was quiet, dry and had access to WiFi.

“We decided to build the outdoor youth hub, and we have partnered with Aberdeen FC Community Trust and Streetsport to provide them with a range of healthy activities.
Tesco manager Stuart Neil was motivated by his own experiences.

“We can engage on a level now where we respect them and they respect us. Ultimately what it’s done is reduce crime and anti-social behaviour in the area from what was 93 call-outs in December 2020 to four over the last five months.

“It’s fantastic and it’s what we really wanted to do – give them that safe place and reduce crime in the area.”
Hub is Scottish first

Aberdeen City Council has also had a hand in engaging with the youngsters, with keeping them safe a key priority for authority staff.

However, the development of the hub – the first of its kind in Scotland – has also given them fresh opportunities, and the chance to feel “comfortable and confident” in a space they can call their own.

“There has been nothing for them to do so they were congregating at Tesco because they were able to get free WiFi and there was a bit of shelter.

“That was causing some problems.

“There has been lots of money applied for and getting given to this project because it is such a good idea.

“One of the best bits about it is it isn’t about dispersion. It isn’t about getting young people out of one area into another.

“It’s creating a space for them so they can be comfortable and confident in their own community.”
Mural creates ‘sense of ownership’

As part of efforts to help them feel empowered and have their say on what they want their hub to look like, local teens were offered the chance to design a mural.
The stunning artwork is inspired by the movie Space Jam.

Working with street art firm Freshpaint, they came up with a stunning design based on the movie Space Jam.

Organisers hope it will allow those who use the hub to take pride in it.

“The mural was something the young people developed themselves,” said Police Scotland early intervention worker Sarah Dunn, who has been part of a long-running joint effort to improve outcomes in the community.

“They came up with the idea and worked with the street artist to give them some ownership of the mural. It was done over a weekend and it is really, really good.”

Since the hub opened it has proved a hit with the area’s young people, with many using it on a daily basis.

“It’s a place to socialise with other people,” said Jemma, one of the teens who visits the facility and was involved in the creation of the mural. “We all think it’s good and we have so much fun.
Jemma, who uses the hub, said it has helped her make new friends.

“We like meeting all the people from different places. You make new friends.